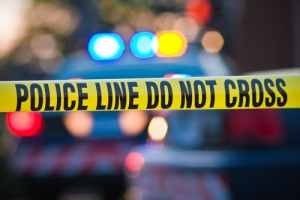 Yes, I know that technically the ‘lyric police’ are the annoying people who correct you when you’re singing along to a song – who cares if you think “At your desire” is “Joking sire”? I think my version of Bananarama’s Venus sounded better with my olde worlde adjustments. But there should be real ‘lyric police’: some strand of law enforcement that deals with the drivel and madness that find their way into songs and should be taken away and flogged for being downright rubbish.

Personally, I’m not a big poetry fan; there are an odd few poets I like, but I read very little if I’m honest. Even less often will you catch me trying to write poetry – it’s hard to compose something worthy, bleak and intriguing when I’m always trying to make things rhyme. I just can’t help it and sometimes rhyming just doesn’t work.

My reason for not writing poetry, is probably a good reason for several artists to re-think how they come up with their lyrics: just because it rhymes, does not make it good. If you’re wondering where this has come from, you can thank Mister Kanye West – who I overheard on the radio this afternoon warbling the lyrical gem:

“Tell me whats next? Alien sex.
Imma disrobe you
Then Imma probe you”

Wow! Just wow…Where do you get that kind of inspiration? Or the inkling that it should ever be repeated aloud? Well, obviously some of the music purchasing public think it’s perfectly sane as the song is doing pretty well at the moment. After I’d stopped laughing about ‘probing’ it got me thinking about what other naff lyrics there are, floating around the music world, all because in primary school you get taught that rhyming words together is a good thing.

Well, here are some that sprang to mind:

“So if you are in sight and the day is right / She’s a hunter you’re the fox /…/It’s a night for passion / But the morning means goodbye / Beware of what is flashing in her eyes” Ace of Base, All That She Wants – An interesting Europop mix of random images and dodgy rhyming – it’s Shakira, but a decade early.

“I don’t want to see a ghost/ It’s the sight that I fear most/ I’d rather have a piece of toast/ Watch the evening news” Des-ree, Life – Yep – I think most would agree that they’d rather have some toast than listen to more of this waffle.

“Don’t try to treat me like I ain t famous / My apologies, are you into astrology? / Cause I’m, I’m tryin to make it to Uranus.” Jadakiss and Kanye West, Gettin’ It In – Before Kanye was trying to probe you he was matching famous and Uranus – and I have to say, he’s not too far from Uranus really.

“Don’t be fooled by the rocks that I got / I’m still – I’m still Jenny from the block / Used to have a little now I have a lot” J Lo, Jenny from the Block – I have to admit, I do like a bit of J Lo, but more the dance-y, pop-y stuff than this. C’mon Jenny – you’re better than this!

Anyway, mini-rant over – I suppose for comic value it’s good that Kanye lets rip with his lyrical poetry, we all need a good laugh now and then. But as for me – I know where my literary limits are and I will continue to avoid poetry as far as possible 🙂

1 thought on “Poetry and the Lyric Police”